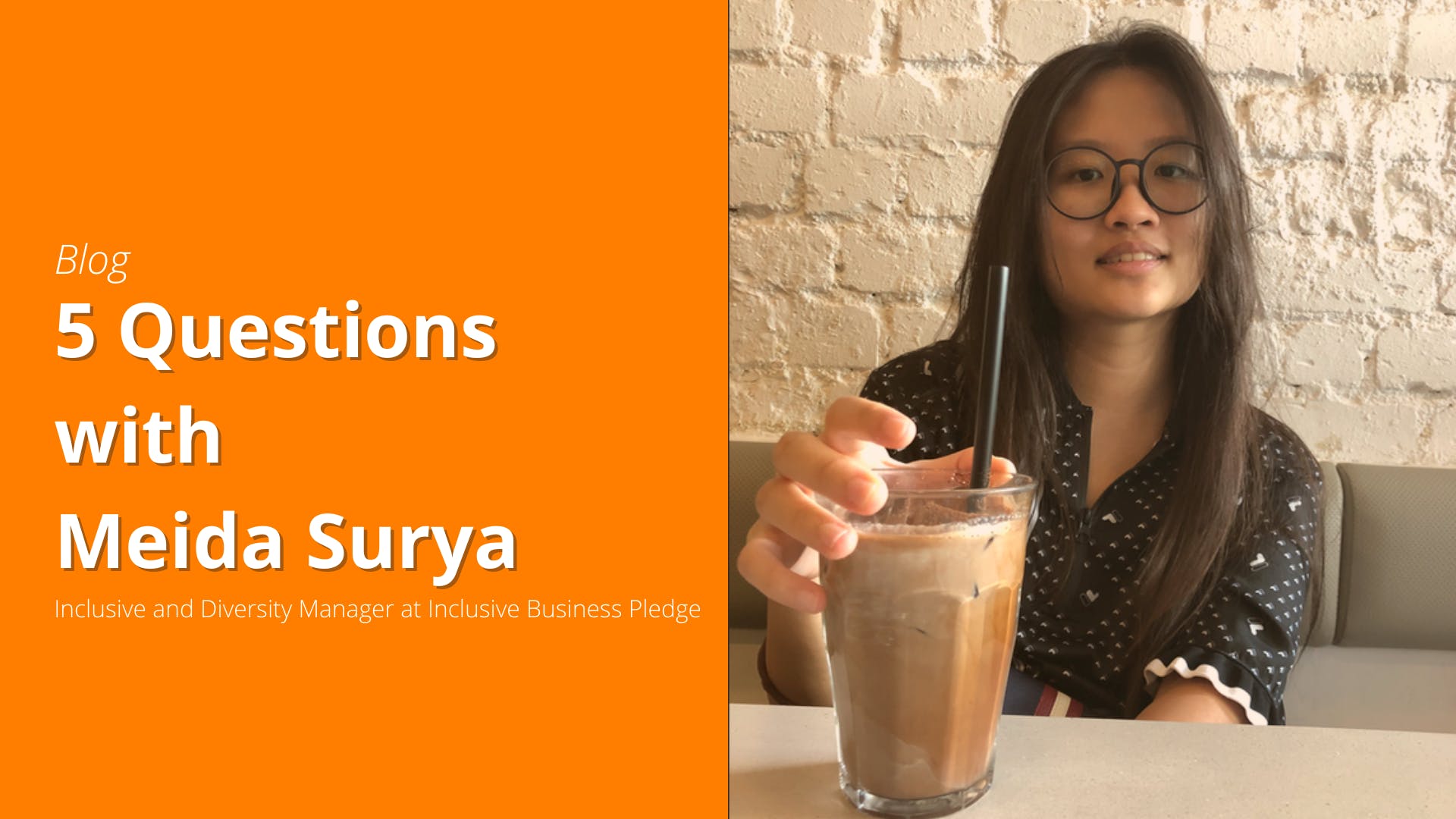 Meida Surya, the Inclusion and Diversity Manager at the Inclusive Business Pledge, shares her journey in DEI and how she believes it is important for businesses to have robust DEI policies.

How and why did you start your inclusion journey?

When I was in my Master’s program, I went for a DEI certification by chance, and that program really opened up my eyes and gave me language for the things I have experienced but did not know how to articulate. It was an awakening for me in understanding why I have had the experiences I had because of aspects of my identity that people typically prescribed of me. At the same time, it was also a reminder of the privileges I hold, realising how the systems we are living affects all of us.

It ignited something in me and I got very curious about the space. I wondered how I can play an active role in contributing to a better society, starting with an inclusive workplace that embraces diversity. I started networking with DEI professionals, found different communities of support and to learn from, and ultimately decided to commit my career in the DEI space.

Have you experienced any form of discrimination? How did you tackle it?

I have and am continously facing discrimination as a young professional. Oftentimes, I get asked what my credentials and track records are when talking with clients. I get cut off more often and am always glazed over when I am around more senior peers. I have been trying to tackle this issue by being more assertive and tactfully taking up space. What has been the most helpful is when I have my senior peers noticing the power dynamics at play and pushing me to take up space in order to build my credibility.

Any scenarios where you have seen DEI succeed?

I have seen DEI succeed when leadership is involved. Leaders themselves need to become DEI champions, which will in turn influence and empower their employees to take bigger steps to becoming inclusive. Leaders should model the way for making mistakes, which is a part of the journey.

One leader in an organisation I worked with that were invested in DEI but were just starting out, really modeled the way. After attending a training on privilege and allyship, gaining an understanding of the -ism and how it affects us, the leader went out of their way to call out their client when they said something that was unintentially harmful. Though it was a risk, it ended up in this leader’s client’s peers thanking them for naming the discomfort as no one had called that person out before. This in turn empowered their employees to be more comfortable in calling in and calling out behaviors within the organisation, to cultivate a learning culture.

There was an organisation of a close network of mine, that had their DEI initiatives led by a senior manager who only wanted to protect the status quo. Despite having many employees involved in a DEI council, nothing was really done because the senior manager had the power and influence at the end of the day. The manager controlled all the initiatives, and while it looked good on paper, it created a lot of resentment internally. A lot of people ended up leaving, and some were even fired for speaking up and challenging the senior manager.

This is why I believe that leadership buy-in is the most important yet challenging first step in getting DEI running in an organisation. Ground-up initiatives are great, but the impact can be elevated when leadership is supportive of DEI as a core business strategy.

What do you hope IBP can achieve for corporations and businesses who sign up?

I hope organisations that sign up will be able to start on their DEI journey and get into actionable steps to becoming an inclusive organisation through and through.